We are honored to capture veterans stories and do all we can to preserve them on video. All interviews that are turned into documentaries, are sold on DVD, to benefit the Wings of Honor Museum. Buy your copy today and watch them tell their stories of selfless service to our nation! #ArkansasValor

Watch the stories of military veterans and their families as they describe what life and war were like during their time serving our nation. 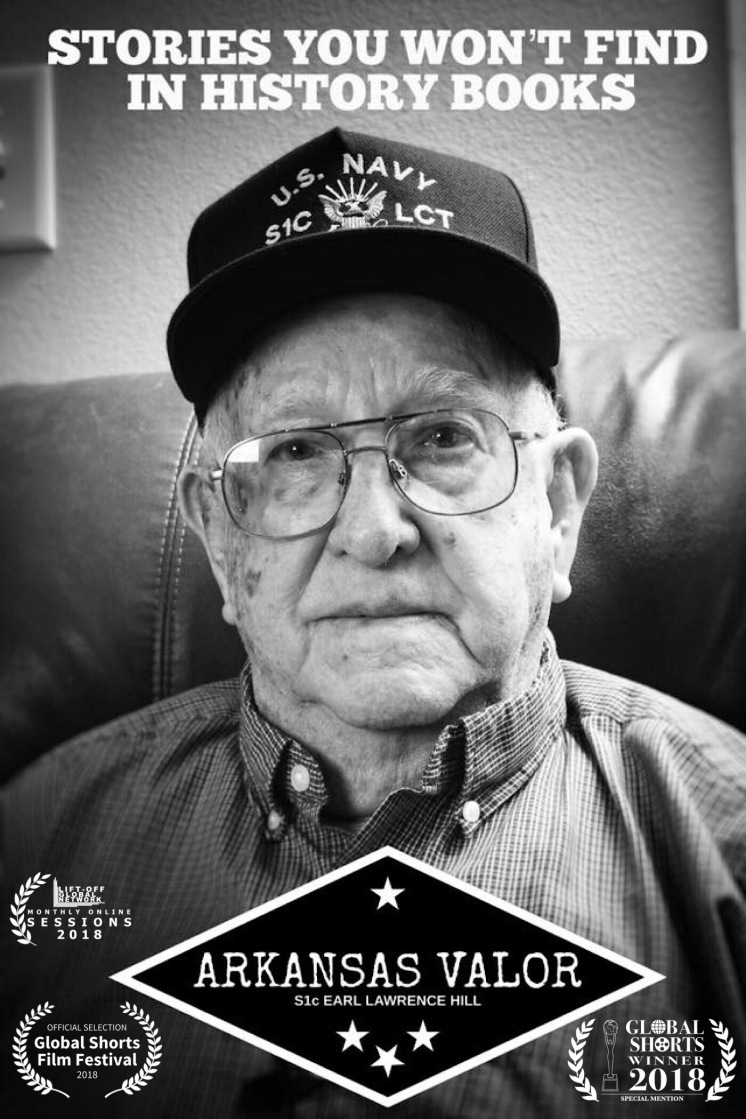 Countless citizens of Arkansas have served our nations military through the years. From WWII to Present Day, they have answered the call. Arkansas Valor takes a look into the lives of those men and women who took up arms to defend our freedom.

The year is 1944 and the war in the Pacific is raging on in bloody fashion. Yet hundreds of thousands of Americans were still signing up for the fight. One man was Earl Hill of Pocahontas, AR. Hill would find himself serving aboard an LCT (Landing Craft Tank) during the Battle of Guam, and during the clean up of Pearl Harbor, which still showed scars of the Japanese attack in 1941. Watch as he tells his personal story of service, and unique perspective you will not find in History books.

The story of Lloyd Clark and Bill Binkley are set to be released in 2019. We have begun the work on their story and have created a trailer for your viewing below.

Featuring Private Raymond W. Clark of Lake City, AR. He served during WWII from 1944-1945 and fought on D-Day, Battle of the Bulge, and the liberation of Hitler’s Death Camps.

Lake City, AR resident Raymond Clark talks about his time in the Army as a Private during WWII, his participation in the D-Day Invasion, Battle of the Bulge, and his accounts of Hitler’s Final Solution. At 96 years old he is blind and still lives at home, with his wife of 79 years. After the war, Pvt. Clark began his calling into the ministry, serving as a preacher for over 60 years.

Pvt. Clark doesn’t talk about his experiences often and some stories he wouldn’t share, including the Bronze Star he was awarded for Valor. However, we were able to capture a unique perspective into the war, through the eyes of a once young man, from a small town in Arkansas.

Below are the laurels representing our submission to film festivals for Mr. Clark’s film across the continent. We have received an OFFICIAL SELECTION from the Global Film Festival Awards in Hollywood, CA and are awaiting the semi-final notification for Best of the Year and Audience Choice categories. We did receive an Honorable Mention Award from the Global Film Festival Awards for the November Selections on December 11, 2018, as represented by the golden laurel above. Other laurels serve as a visual representation of our submission to their respective festivals. Watch his film below for FREE!

We know that we can’t get every veterans story, or travel all over the state and country to capture them all. It take volunteer efforts, like ours, from you the American people to preserve the stories of our veterans. The United States Congress created the Veterans History Project in 2000. The authorizing legislation (Public Law 106-380), sponsored by Representatives Ron Kind, Amo Houghton, and Steny Hoyer in the U.S. House of Representatives and Senators Max Cleland and Chuck Hagel in the U.S. Senate, received unanimous support and was signed into law by President William Jefferson Clinton on October 27, 2000.

To find out how you can take part in the Veterans History Project, through the Library of Congress, click the image above. For Arkansas residents who are represented by Senator John Boozman, click HERE for information from his office.

HOW TO ORDER ARKANSAS VALOR

Click here to order online through our manufacturer directly or visit our SHOP tab.